Impotence Sheeran has been among those small RocknRolla thatdon'tgive any kind of credit rating in order to fake rolex horology but, he has been arriving at people which has a quite intriguing collection. 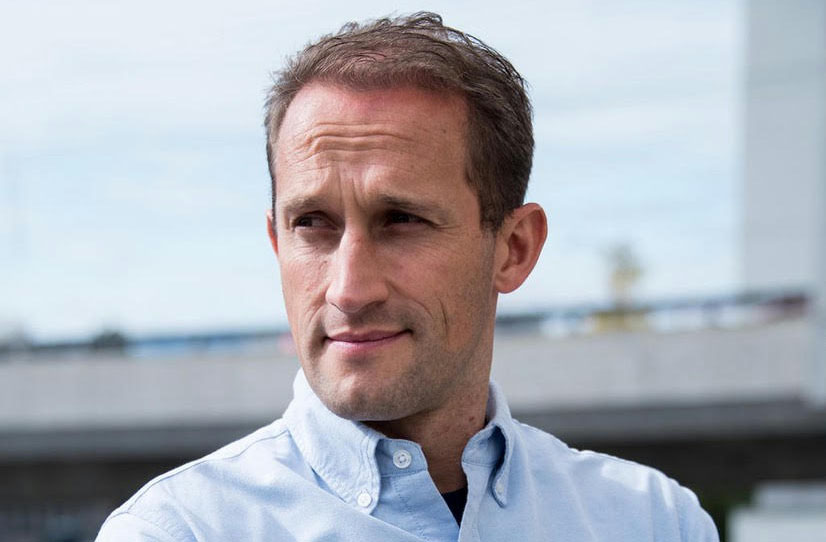 What is your founder story?

Our story wasn’t a straight path, much rather a bumpy one with many ups and downs and plenty of learnings. Prior to Beekeeper, my co-founder Flavio and I pursued several startup ideas, all of which didn’t come to full fruition, however, we learned valuable lessons from these experiences, all of which greatly contributed to Beekeeper.

The first idea was Blicklick, an anonymous flirting app for students. Here we fell in love with the idea without really considering the user and hence first learned about the importance of focusing on the user. With this learning, we observed our users more and realized that the chat function in Blicklick was popular. We therefore went with this and launched Spocal, a location-based chatting platform for students. Despite initial success, we had to make high investments to acquire users and this wasn’t scalable – here we learned that it’s not enough to just focus on users, you also have to make sure they pay. With this in mind, we concentrated more on users’ willingness to pay, which led us to serve companies that were looking to create online communities. Initially, we tried to sell this value proposition to anybody that could remotely be interested, and this actually was already our next big mistake – we lacked focus as we were trying to serve every type of community. In response to this insight, we then tried to pinpoint the communities that were the most promising and that’s where we found our “sweet spot” – connecting unconnected non-desk workers. Here we not only found a large pain point and therefore a great starting point for a startup, but we also fell in love with the specific use case and mission behind it.

So, all in all, perhaps the biggest learning here is that entrepreneurship isn’t a smooth ride in one direction, you will have plenty of setbacks and that’s ok & normal – instead of giving up, see them as welcome opportunities to learn & adjust.

What is your greatest learning as a founder and entrepreneur so far?

I would say it’s 2 things – It’s all about the team and focusing on customers, their pains and selling effectively around that. As previously mentioned, our venture attempts with Blicklick & Spocal passed important lessons along to us, all around the importance of obsessing around the customer. And this perhaps is the top priority for a startup as it is key to sustained success. Besides customers, it goes without saying that you can’t do anything without a team. Big thanks to all our Beekeepers!

Tell us about a turning point / challenge and how you proceeded.

COVID is a major shock for everyone, and at Beekeeper alike, this period caused deep reflection, especially in the first few weeks of March. We were fortunate to be in a good cash position and that our core value proposition is aligned with the acceleration of digitalization and specifically the importance of clear communication between essential workers and their employers during COVID times. Thus, we saw ourselves in a position to have a significant positive impact in this crisis and expanded our services to verticals that had a particularly high need e.g. logistics, healthcare, etc.

From your experience as a founder, what matters most?

Grit. Sticking to the mission, to solving a problem and serving customers for the long run. Entrepreneurship is not only about solving real pain points, but also about continuously dedicating yourself to your customers and ensuring that the direction of the core product or service is always a process of co-creation, guided by their needs.

What advice would you give to a first-time founder?

Think really well before starting if you want and can commit (at least) a decade to the venture. Startups are more than short side projects. They require a lot of time & energy, so make sure this is something you love!

As a founder, what is the #1 thing you have learned about leadership?

I would say, the #1 leadership learning for me is the realization that leadership has so much to do with communication between people. For example, a company’s culture ultimately comes down to every interaction within the company and the job of leaders here involves setting the right environment for the right culture to take hold. We for example did this through the creation of 5 core values that communicate how we operate – Bee Brave, Bee Open, Bee Proactive, Bring Out the Best in Each Other, & Keep it Simple. However, this is only the beginning since, for such principles to really take hold, they have to permeate every process in the company, especially in its early stages.

What is your advice on managing your startup and personal life at the same time?

Keep a “balance” and don’t forget the personal side. Startup life is a marathon that requires endurance in the long run – it’s not just a sprint for a few months or years. However, I put “balance” in quotes because I don’t see this as a strict balance or zero-sum game. Your “work” should be something you love and not something that’s only stressful and requires balancing – I believe more in a work/life integration than balance. Nevertheless, it’s definitely important to sometimes change environments and to devote time to yourself as this time pays off non-linearly.

How do you measure success?

How many lives we positively touch and change, be it via our product because people are using Beekeeper or employees that work at Beekeeper.

What are your favorite books?

The Hard Thing About Hard Things by Ben Horowitz, Blink by Malcolm Gladwell, Awaken the Giant Within by Tony Robbins, and Principles by Ray Dalio are great, to name just a few.

If you could travel back in time, who would you want to chat with and what would you ask?

Christopher Columbus – in order to understand what he was thinking when he sailed into the complete unknown sea to discover America. Being an entrepreneur back then often literally meant risking your life like in the case of Columbus, so I would be very eager to learn more about his thoughts and mentality.

What should be invented even if not possible today?

Something that makes the world live, work and grow in a peaceful way, no matter the differences people might have.

What store would you open on Mars?

As an international founder, tell us something about your upbringing, your country, or anything that comes to mind as a global citizen

Something really unique, funny, and/or something no one would know about you

When I was young and single, I came up with a dinner plate that was healthy and took less than 2 minutes to get done. Then ate it 1.5 years straight to minimize time cooking and to still always eat healthy, but certainly without too much variation 🙂